The title of this post relates to our work, yes indeed, but it’s also taken from a panel discussion that I’m following enthusiastically on D-Word. Doug Block is moderating, and the “speakers” in the written posts, responding to D-Worders’ questions, are Sheri Chandler and Jon Reiss, two seasoned pros in the field of doc marketing and hybrid distribution. I’m enthusiastic about the discussion because of how much of  and how well what is being written describes the work that Angela and I do. Not all of it. Sheri and Jon have their own language for their work and their respective and singular approach to it. But we’re all on the same wavelength in terms of what we think needs to be done to help indie filmmakers in today’s world. As an example, I’m copying here what Sheri has written about knowing your audience and understanding how to relate to them. Responding to another person’s list of possible audiences, she writes:

Educational doesn’t seem to be listed. Many times documentaries are used as educational tools, both to raise awareness of a subject and to teach on how to deal with a problem/share solutions and resources/elicit an action.

One of the documentaries I am working with deals with eating disorders (bulimia to be exact) and the film is meant to educate parents, health care workers, coaches and school personnel etc, on how to recognize the signs, introduce resources within the community through screening events with local organizations, and participate in discussions at conferences dedicated to eating disorder treatment.

So finding zealous supporters…you have to boil down the exact audience characteristics. It isn’t enough to say environmentalists for example, that’s too broad of a term. What kind of environmentalists? Preservation of a natural environment? Clean air and water? Environmental planning? Global warming? and even within these groups there are sometimes conflicting ideas. Where do they congregate? What are the organizations concerned with this topic even in different parts of the world? How can you reach them? Who are their influential speakers and can you get their attention? If you are only going to concentrate distribution domestically, how will you address those outside of your home country who will hear about the project via the global internet and want to view/support it?

It helps when you are deciding to tell your story to look at what draws you personally to it, who are you as a person, what groups do you belong to, what events do you participate in, what publications do you read, how do you consume media? This doesn’t mean you should always stay within these confines, it is just a place to start. As you do your audience research, you will find out more about this audience outside of yourself and you must listen to them. 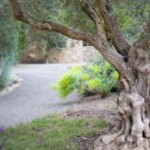 Her words are right on the button. As an example of “zealous supporters”, we have the followers and audience for one of the projects we currently represent, Women in the Dirt (WIND), about seven groundbreaking landscape architects. WIND in many respects might seem like an underdog in the film world–novice filmmaker (a landscape architect herself), very specific subject. The film could even seem geographically limited, as the subjects are all in California as are the projects presented. But, lo and behold, launched in February, this film is just getting started–and we can barely keep up with the demand for screenings around the country and beyond (the film screened in the UK in August, will be screening at the Mediterranean Garden Society conference in Mallorca next week, and in Cyprus in November). Involved followers are in the social media sphere too–passionate gardeners and designers exchange ideas daily on the Facebook and LinkedIn groups lisinopril generic. Not to mention email requests for local and university screenings and trips on the film festival circuit. Our filmmaker is a happy, busy bee in a garden of her own design–with an ever growing database of followers that she can contact to announce her upcoming projects. Whose her audience? Professors of landscape architecture, design, planning and art; architects, gardeners, professional organizations, community groups, botanical gardens, horticulturalists. And, yes, environmentalists too–people who are concerned about water use and sustainability and the use of local plants over imported exotics; people who like local produce, and people who seek out beauty and safe living in an urban space.