A few weeks ago, Ben Kempas of D-Word asked this community to help him and the Scottish Documentary Institute in their outreach and screening campaign for the film I AM BREATHING, about the last few months in a young father’s life as he loses his battle against MND/ALS or Lou Gehrig’s disease. The film is touching, sometimes difficult and with surprising moments of humor. Ben wanted to initiate an experiment–this would be the first time that the D-Word community would band together in a global outreach campaign. 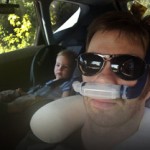 The results are looking spectacular. For Global Awareness Day, there are screenings being organized around the world, including Kosovo, Madrid, Bahrain and Kolkata. And recently someone has volunteered her time to translate the film into Chinese.

I am honored to be a part of the campaign to bring the film to Spain. Ana Castañosa, who works at Morena Films and is a big fan of documentary films, arranged for the screening at the Fundación ONCE in Madrid. This foundation is specialized in providing opportunities and support to people who suffer from a variety of debilitating diseases, so this is an ideal venue for the June 21 screening. I volunteered my time to translate the press kit and participate in publicity and promotion. I’m also hoping that we can arrange for another screening in the evening, at a venue that is a focal point for cultural encounters. We hope to fill both venues.

Attached is the press kit in Spanish. If you’d like to help us get the word out about the film, please download and send. Thanks!