I continue to be surprised by the failure of filmmakers to plan and budget for the community engagement component of distribution.

This week alone I spoke with two potential clients, both of whom had received support from the Fledgling Fund (which as most of you know has a deep understanding of the necessity for outreach), neither of whom had actually reserved any funds for outreach.

Both films have well defined core audiences, already organized and easy to reach. Now these filmmakers are faced with an urgent scramble to reach their audiences, as both have imminent North American premieres–one with an immediate theatrical release. And no funds to put behind the effort more tips here.

So, in this context, I urge all of you, whether you choose to hire a consultant long or short term, or to do the work in house, plan to pay for community engagement strategizing and implementation. Just as you budget for the best possible camera operator and editor.

I worked with A Sea Change for eight months before our premiere. None of that time was wasted: we screened excerpts of the film at several major conferences. I built a database of 2,000 contacts. And our premiere, at the DC Environmental Film Festival, had a record standing-room-only audience. Three years later, community screenings are still going on. (Note: the film’s subject, the effects of excess carbon dioxide on the ocean, is only becoming more important with the passage of time, which certainly helps.) 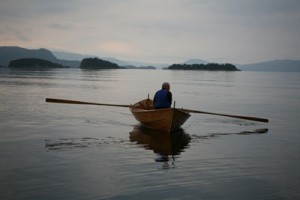 Of course not every filmmaker has the opportunity to begin full-time community engagement with that much lead time; however, you could begin building relationships–which are what generate community screenings–very slowly. But only if you set aside time and money.

Finally, to support one of our clients, who came out of the closet as a social media-phobe, my sister and I just created our white paper, an intro to social media, which I invite anyone else who’s squeamish on the subject to take advantage of. And to realize that, you don’t need to do it all. Not everyone relishes the thought of expressing themselves in 140 characters. So focus on what you enjoy and are good at.

(I’ll be posting the white paper in the next week or so–when I figure out how to do it! Meanwhile email us if you’d like a copy.)